My topics range from photography and computer matters to travel, from news to opinion and spirituality. 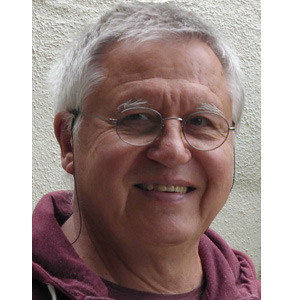 In my blog posts I write about my personal thoughts, experiences and more.

My native language is German.
So please don't bother about my imperfect English.


The text of the articles contains embedded media, recognizable by blue links. Small pictures are only links to full-screen photos too.

It's eight o'clock in the morning, and I'm standing on the quay wall off the Admiralty. On the one hand a few ships, on the other hand, the morning traffic rolls. At the bakery with the heart in the name, which undoubtedly has international standard, I got a breakfast "to go". While having a leisurely breakfast in the car now, my thoughts wander back to the four weeks I spent in Pula. It was a good time.[..]
2018 Dec 07

"Motovun!", said the tourist information agent and drew a thick circle on the map around a place in the middle of northern Istria. I had asked her from where I could make a panorama showing the widest possible area of ​​Istria. So I went to Motovun. The place is interesting, but I knew immediately that it would not be the panorama I was looking for. [..]
2018 Nov 26

I come from a country in which - simply put - one-third of people is without faith, another third is Roman Catholic and one third is Protestant. Of course there are also Muslims in Germany. Their number has almost doubled in recent years due to immigration. However, they account for only about 5 percent of the total population. (After all, that's almost as many people as all citizens of Croatia together.) Other religious communities are also there, but their share is low.

Here, in Croatia, I am in a country where statistics tell us that less than 10 percent are without a creed and the remainder are almost exclusively Roman Catholic. How do these people practice their Catholicism? That interested me. So I went to church here on Sunday, like I do most at home. I've been here for two weeks now. The first time I witnessed the Thanksgiving. The second time probably a normal Sunday.[..]
2018 Nov 20

Pula and its history

The region around Pula can look back on a history of around 7,000 years. The city itself was founded approximately 1000 BC by the Illyrian inhabitants of Istria. As so often legends entwine themselves around the emergence of the city. [..]

Since Saturday, Nov. 10, 2018 at 17 clock I'm in Croatia. At the border crossing is police control. Schengen does not seem to apply here. Then another hour drive on a completely empty highway to Pula, at the southern tip of Istria. Friendly welcome in English. My landlady asks for my identity card, scans it with her smartphone and has all my data on display. Not even the spelling error of the local authorities of Freiburg in the middle name is missing. [..]

The shepherds and the truth

Recently, US President Donald Trump nominated lawyer Brett Kavanaugh as Supreme Court judge. The same day, a mud battle in the United States began against this nomination. The sludge battle was a sad sign of the deep division of American society, but at the same time a proof of the high moral standards this society places on its representatives. And you saw how ruthlessly maladies are revealed. Ultimately it was a victory of democracy.

In the Roman Catholic Church it looks worse... [..]

High resolution panoramic views with the cheap Apeman A80 camera

At the beginning of my career in photography, I bought a Leica SLR camera. At that time it cost around 1500 Deutsche Mark. Years later, I worked in the profession with many expensive cameras: Hasselblad, Sinar, Nikon. Each of them for thousands of dollars. Therefore, it was almost inconceivable to me that they can bring a camera with good picture quality for $ 69.99 on the market. But they can. [..]

In this blog I will share my articles with others. I write about what interests me, what moves me. But it does not make sense to write it unless it is shared. Specifically, if I do it only for myself, it will become a journal, not a blog. I need - you.[..]